Do you remember “Who is Keyser Soze?”? That was the recurring line of a great movie, which is now related to another question: who, in the staff of italian newspaper Repubblica (and many other newspapers too, of course) still makes, or allows, crap like this?

The movie I’m talking about is, as anybody with a working brain may know, or easily check, is “The Usual Suspects”. This morning, in Italy, that title became just the most evident of many proofs that Repubblica publishes “articles” which are so hard to read to be offensive: 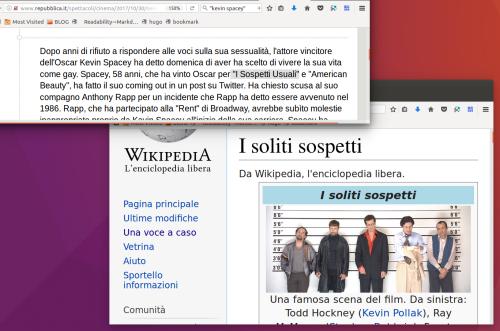 Everybody with a good knowledge of Italian, foreigners included, can immediately see that that “piece” is nothing more than an almost literal copy-and-paste-without-even-looking-at-it-once text taken from Google Translate (*). However, here is a further, purely visual proof, that you may do yourself: 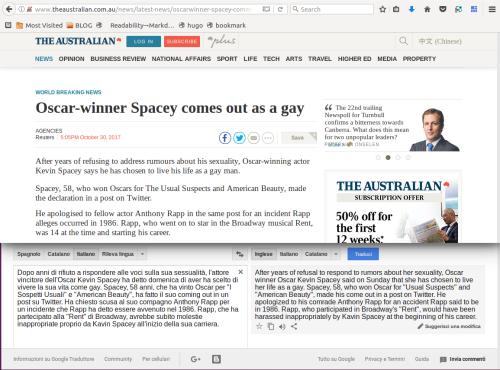 as you can see, I just took the “Italian” text, fed it to Google Translate, and asked Google to search the English version. It immediately confirmed that that “Italian” text is just the unchecked result of the reverse, but totally brainless process, from pieces like this.

Why am I so upset?

Easy: because much of my work is about the effects of digital technologies on quality of life, human rights and more. And “journalism” like this does little more than legitimate and promote functional analphabetism (“Hey, if I already can speak as real journalists write, I don’t need to improve myself, do I?”) and, eventually, the firm belief that everything is “fake news”. These people are doing SERIOUS damage. They are part of those that, as Zeynep Tufekci said just a few years ago: “We’re building a dystopia just to make people click on ads”.

(*) Before (hopefully) Repubblica corrects that text, adding an official declaration of excuses, you repeat the test by copying nd pasting the original version, as it was on October 30th, 2017, 7:50am:

If you like this post and the mission of this website, please help me to write my NEXT million words. Thanks in advance for your support!

« Robots displacing humans... or humans becoming robots?
THE big question about the Internet of Things is... »